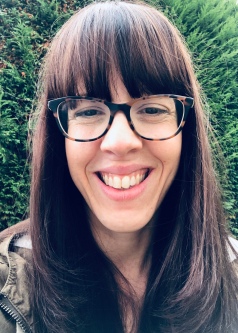 I am an Associate Professor  in Human Geography and the Geohumanities at Swansea University. My research focuses on the intersections between cultural geography and the performing arts (particuarly theatre and dance) in post-conflict settings across South East Asia.

I am one of the Reviews Editors for the journal cultural geographies and the Research Secretary of the Association of South East Asian Studies UK. I was awarded the Dillwyn Medal by the Learned Society of Wales for Outstanding Research in the Creative Arts and Humanities and my research has been funded by the British Academy, the Leverhulme Trust, the ESRC and the AHRC.

Previously, I worked in theatre in the U.S. (Los Angeles and New York) as a stage manager, director and assistant producer, with Asian American companies such as East West Players and Lodestone Theater Ensemble, as well as many independent productions. Nowadays, I sit on the board of Papertrail Theatre Company in Cardiff, a site-responsive theatre company led by Bridget Keehan, and I undertake freelance arts evaluations.

In 2020-2021, I will be conducting further research on contemporary dance in Cambodia and its relationship to the politics of nationality through a Leverhulme Trust Research Fellowship. At this time, I will also be working with the curator Reaksmey Yean and the arts NGO Cambodian Living Arts on an AHRC GCRF funded project entitled ‘Contemporary Arts Making and Creative Expression Among Young Cambodians’ which focuses on the creation of new art and performance works as part of CLA’s 2020 Cultural Season. Finally, I will be completing my research on the geopolitics surrounding the first Cambodian dance tour to the West after the Khmer Rouge genocide (1975-1979) and Vietnamese occupation (1979-1989) which was in 1990 to various locations in the UK and the ROI. This research explores the extent to which dancers can be considered as diplomatic agents and is being funded through a British Academy-Leverhulme Trust small grant. My institutional webpage is here.

My previous research was concerned with the politics of diversity in American and British theatre, particularly the erasure of East and South East Asian minorities. I have written extensively about the performance of yellowface and the representation of racial-ethnic minorities on stage. My work examined how discrimination led artists to try and travel to create opportunities, or how they harnessed other elements of their identities to work abroad, looking at the effect of that movement on the development of their creative practice. I particularly explored the movement of practitioners and performances between British East Asian, Asian American, and South East Asian (primarily Singaporean) theatre worlds. This research formed the focus of my monograph: Performing Asian Transnationalisms: theatre, identity and the geographies of performance.

I am currently learning Khmer, but have also learnt Mandarin and was once fluent in Japanese. I strongly believe in language learning at all career stages for researchers and advocate for more resources and opportunities in this area.

If you have any questions or would like a copy of any of my papers, then please email me at a.rogers@swansea.ac.uk

Finally, if you’re wondering, ‘Why is that white girl interested in Asia?’ …. well, that stems from my upbringing, and probably needs a drink or two to explain.